At just 12 years of age, beautiful Charlotte has endured more than her fair share of invasive brain cancer treatments. Her mother Rebecca is sharing the story of their harrowing journey in the hope that it will not only support others but help in the effort to find a cure for this terrible disease. 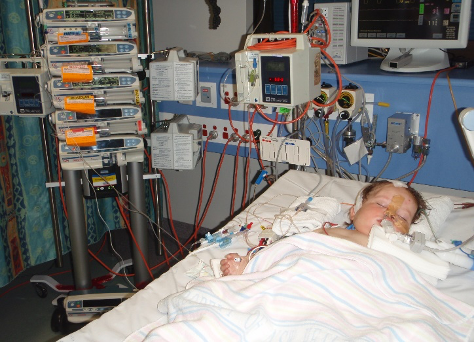 For around 8 weeks Charlotte displayed odd behaviour and just didn’t seem right. I finally took her to my GP for his opinion and I will never forget the look on his face when he said I needed to get straight to a paediatrician - I thought he was going to cry, and I felt like I was going to be sick.

During our emergency appointment, we learnt that Charlotte had a brain tumour – a Supratentorial Anaplastic Ependymoma - one so large that it wasn’t allowing her skull to fuse shut. We were instructed to collect a few things from home and go directly to Sydney Children’s Hospital where a team would be waiting for us.

Charlotte’s first surgery was 15 hours long, but the tumour had not been entirely removed. She spent the next week in the intensive care unit attached to life-support machines under constant watch and on an enormous amount of medications to keep her alive. Despite this terrible ordeal, she had to endure another eight-hour surgery when it was decided that a total gross resection of the tumour was required to give Charlotte a chance at longer term survival.

Charlotte was too young to have radiation so was given a UK paediatric chemotherapy protocol. It took 14 months to complete chemotherapy and 17 months of overall treatment. In that time everything that could possibly happen, did. Charlotte had several seizures, was in hospital virtually every week with a long stint in the isolation ward, endured 11 surgeries and numerous blood transfusions, as well as regular hearing, kidney and blood tests.

At 19 months post treatment, after a routine MRI, we were told that Charlotte had relapsed. While surgery went well, and Charlotte needed a straight-forward course of radiation treatment for six weeks; things didn’t quite go to plan. Following surgery, Charlotte was left with virtually no frontal lobe and recovery after general anesthetic for the radiation each day was exhausting. She suffered from emergence delirium and frontal lobe disturbance that rendered her aggressive and at times out of control as she awoke. 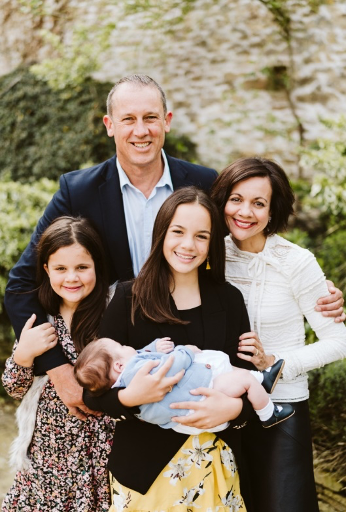 Charlotte (on the left) and her family.

We try to live a ‘normal’ day to day life, but Charlotte’s treatment impacts our family daily. Her greatest struggle is school, moderation of moods and an intense cognitive lethargy. While she enjoys soccer, swimming, cooking and some lovely friends who share her sense of humour and warm generous nature, she just craves to be a regular 12-year-old without tests and hospital visits.

Charlotte has been tumour free for seven years now, but her last scan revealed a small growth, which her team is now monitoring every three months. We remain optimistic and embrace every opportunity to enjoy the time we have.

FOR MORE INFORMATION AND NEWS
FOLLOW US ON OUR SOCIAL CHANNELS